Fulfillament is created and hosted by Chelsea Bay Dennis of The Conscious Entrepreneur  and Shea Petaja.

Sue took up cheese making as a hobby while working in corporate finance in New York City. That hobby became a passion, and she furthered her education in cheese making by studying with artisanal cheese makers in Vermont, and an apprenticeship on an organic goat farm in rural Maine. Upon returning to her home state of Michigan in 2010, Sue bought an historic 1867 farm in Kingsley where she started her own company, Boss Mouse Cheese, in 2012. Using pasteurized cow’s milk from a small local dairy, Boss Mouse produces aged cheeses, cheese curds and mozzarella, and their legendary smoked butter.

“I believe that having personal interests is a component of a happy life. The world is full of fascinating things to explore and learn, and I want to encourage people to have hobbies, try new things and find their passions.” 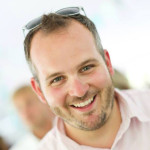 Troy Daily grew up in Traverse City, whos parents have owned Kilwins Chocolate Shop since 1994. A hospitality business major graduating from MSU in 2008, always the dream since age 9 to open his own Kilwins. After meeting his wife, Whitney his senior year at MSU, they moved to Williamsburg, VA to own and operate a Kilwins franchise until early 2012 where the economy downturn forced the return to Traverse City. With the boom of the brewery industry Troy decided to start numerous experience based tour and event businesses including the TC Cycle Pub, Paddle For Pints, Kayak, Bike & Brew, Brew Bus and Daily Blend food truck, all with the support of his wife. 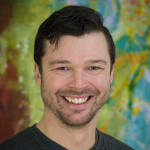 Dan is a teacher and co-owner at Pathways Preschool with his wife Brittni. A northern Michigan native, Dan has been working with young children in the community for over 17 years. He brings his expertise as a meditator, martial artist and musician to the classroom, but more than anything he is a master of play. Through play Dan expands the possibilities in which people experience life and engage the world.
“There is a song that the sun and moon dance to, a melody that even my cells know the words to. I want to hear that song and find your hand in the space between us.” 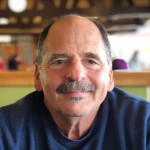 Jeff the son of German Jewish immigrants, grew up in Detroit in a home rich with music in the Judaic and classical traditions. He has been a social worker, music teacher, radio show host, composer, and jazz piano performer. He is the founder of Building Bridges with Music Program using his original music as a springboard for interactive discussion about overcoming barriers and creating more awareness and understanding about people from different cultures and backgrounds. 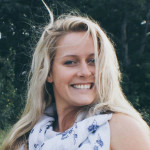 As a left-minded creative soul in a right-minded body, the eccentricities of kombucha brought joy into Courtney’s life. Founder of Northern Michigan’s first kombucha tea brewery, Courtney desires to share the health benefits reaped from living foods. She believes that each body is unique, deserving to be happy, healthy, and filled with joy. Courtney’s background in nutrition and culinary arts drives her to foster healing and wellness within the community through education, agronomy, and functional nutrition.

“What began as a hobby to better myself transformed into a calling to share the knowledge and the resources I have with others. Kombucha is not only a passion, but a greater purpose that continues enliven joy within me every day.”

Fulfillament is a storytelling event featuring local community leaders & entrepreneurs who share their journey towards fulfillment through vocation that will challenge you to come alive. This podcasts are personal, inside stories from these individuals… Why they do what they do, how did they get there, and how does it make them come alive? Each storyteller will issue a challenge for you to find fulfillment in your own life – are you ready to make some change?

Stay inspired once a month with stories, challenges, quotes and updates from Shea and Chelsea.