Patterson is current co-chef and co-owner of The Cooks’ House in Traverse City. He spent much fifteen years at Andre’s, Las Vegas’ Michelin-starred French restaurant, including a three-year apprenticeship under Andre. At the end of his Vegas tenure, Patterson was Andre’s head chef. He currently lives in Traverse City with his wife Theresa and their three sons.  He has authored one cookbook with Chef Jennifer Blakeslee

“Cooking could be the most important impetus that gave our earliest ancestors the ability to evolve into humankind, and while that was and continues to be an important factor in becoming human, I also believe that cooking today allows us to transcend our own humanity and rebel against the absurdity of our lives.” 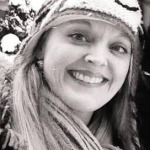 Jody is the co-owner of Grocer’s Daughter Chocolate along with her husband, DC Hayden. GDC: Handcrafted chocolates with many organic, naturally grown and local michigan ingredients. Jody is also the co-founder of Higher Grounds Trading Company, and has extensive experience working with indigenous and fair trade farmers all around the world.

“My greatest loves are my son, Charlie, and my husband, DC. As an entrepreneur, I’m inspired by family farmers and producers, both near and far, and my dream is for all food to be healthy for those who grow it, process it and eat it.” 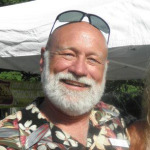 Evan is the CEO of Cherry Capital Foods: a unique food distributor based in Traverse City, Michigan. We work with farmers, growers and producers both locally and regionally but only from the state of Michigan.

Evan has over 35 years experience in international and domestic food distribution. Prior to joining Cherry Capital Foods in early 2009, he spent 8 years as the CFO of Food For Thought, a specialty food manufacturer. Both organizations have a strong, mission-based philosophy that drives their decision making process. Married with 2 adult sons, he has spoken nationally and internationally on food system issues, is the past Chair of TC-TALUS, and serves on the Michigan Farm to Institute Advisory Board, the Traverse City Food and Farm Network, the Grand Foodshed Alliance, and the Michigan Food & Farming Systems Board.

Allison Beers started Events North in 2008 after working for two of the largest event planning agencies in the world. EN: a full service event management agency specializing in corporate, social and nonprofit events. They strive for zero-waste events and try to incorporate as much local food as possible. Beers is currently on the board of directors for the Traverse City Area Chamber of Commerce, Rotary Charities, The Downtown Traverse City Association (DTCA) The Boom Boom Club and The National Cherry Festival Foundation.  Beers served as the President of the Board of Directors of the National Cherry Festival Foundation for three years.

“I didn’t realize as a kid that I could be paid to be social and organized.  I went to college as a vocal music major, but found that I could plan events for a living.  I had been planning them my whole life, but never connected it to an industry.  Since then, I don’t feel like I’ve worked a day in my life.  I love what I do.  I love going to work everyday.  I love sharing how much I love what I do with my kids to inspire them to do what they love doing.  I feel blessed to do what I do in this state and more importantly, Traverse City.  I try to give as much time as I can giving back to Traverse City.” 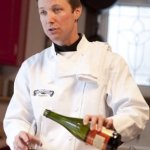 Timothy Fitzgerald Young is founder, President and Chef of Food For Thought, Inc., creators of organic and wild-harvested gourmet specialty foods. An extensive background in travel and human relief work in the developing world inspired Timothy’s creation of Food For Thought in 1995 with the mission of creating and raising awareness around just and sustainable food systems and to serve as a model to counter the global industrial food system. In addition to creating exciting products from the farms and forest of northern Michigan, Young has a long history of humanitarian activism on a range of issues, including farmland preservation both here and abroad. A past President of the Northern Michigan Environmental Action Council and Vice Chair of the Michigan Land Use Institute, He is currently President of the Benzie County Chamber of Commerce, board member of the Northwestern Michigan College Foundation and On The Ground. Passionate about Fair Trade, Timothy was a founding board member of the Domestic Fair Trade Association. 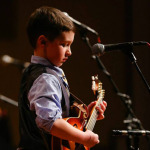 Nik Carman is a nine-year-old bluegrass musician from Suttons Bay, Michigan. He currently plays banjo, guitar, and mandolin. He started his music career by learning the basics of piano, violin, recorder and guitar. That was first grade.  In second grade Nik, then 8, really got serious and took up the banjo, after that the mandolin. He set his eye on fiddle next. Nik’s musical influences include the likes of The Accidentals, Billy Strings and Don Julin, Chris Thile and the Avett Brothers. It’s evident in the folksy tenor of his voice as he strums out a few bluegrass tunes in the combination guest and music room in his family’s Suttons Bay home.

“My mission in life is to use what I’m good at and passionate about for good, and to inspire others to do what makes them come alive and make a difference in the world.”

Chelsea is the founder of C.Bay Design: branding, design, creative consulting and conscious entrepreneur coaching specifically for environmentally and socially responsible companies and organizations. She has designed for iconic TC brands such as The Workshop, Yen Yoga, The Redheads, Left Foot Charley, Esch Road Foods, Just Good Chocolate and countless others. She is also a coach and consultant for individuals looking to create or find meaningful work that is aligned with their values, strengths, and what makes them come alive – from the inside out. Her coaching empowers others to make ideas happen, be successful and make a difference. 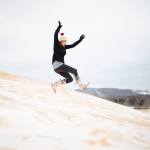 Shea Petaja is endlessly curious about people.  As a creative and a life coach, she is a self proclaimed relational strategist who connects with people for a purpose.  When she is asked, “Do you know everyone?” she replies, “I’m trying.”  During the week she serves Prout Financial Design as the Director of Communications and Marketing which includes producing and co-hosting the “NEW Retirement Radio Show” with Dennis J. Prout, CFP® on WTCM 580 where she brings humanity into the numbers.  As a writer, she has contributed to Kinfolk, The Life Artist, Culture Keeper and her own blog.  You will find her most alive when she is conversing with YOU!

Quote to live by: “Be curious, not judgmental.” -Walt Whitman

Fulfillament is a storytelling event featuring local community leaders & entrepreneurs who share their journey towards fulfillment through vocation that will challenge you to come alive. This podcasts are personal, inside stories from these individuals… Why they do what they do, how did they get there, and how does it make them come alive? Each storyteller will issue a challenge for you to find fulfillment in your own life – are you ready to make some change?

Stay inspired once a month with stories, challenges, quotes and updates from Shea and Chelsea.